The online Master Unit List (MUL) is a tool for players to quickly and easily sort through the thousands of units (see Warfare Symbology below) that populate the BattleTech game/universe when creating a force for a game, a campaign, and so on.

Clicking on Units brings up the Unit List Search function, which contains a host of parameters a player can use to hunt for a given unit.

The following basic functions allows players to quickly and easily start hunting for a given unit.

Once players get a search result based off of their Unit List search parameters, they can click on a given unit to generate more details.

A “unit” refers to any mobile element that can be fielded in a BattleTech game. The Type column (i.e. Unit Type) of any search result refers to a specific type of unit: BattleMech, ProtoMech, Combat Vehicle, conventional infantry platoon/Point, battle armor squad/Point, aerospace fighter, DropShip, Support Vehicle, and so on.

To help players quickly discern the type of unit they’re looking at when viewing a list of units under a search result, the following generic “warfare symbology” icons are used in the MUL online database.

BattleTech divides its rules into quick-start, introductory, standard and advanced levels, making it easy to transition from a “newbie” to the full experience of all the universe and game system have to offer.

Technical Readouts: Technical Readouts are the “toy books” of BattleTech. They include full-page illustrations, game statistics, and “in-universe” write ups for a host of the war machines that populate the universe, including the 8- to 14-meter-tall metal avatars of war, the BattleMech. A full line of Technical Readouts exist, covering a wide range of military units, time periods, and technology. These are the primary sources for all units on the MUL.

The MUL does not differentiate Quick-Start rules separately from the Introductory rules; this information was simply provided to be as clear and concise as possible.

Are you new to BattleTech and want to get right into the action? You can check out and download the Quick-Start Rules for BattleTech for free by clicking here. 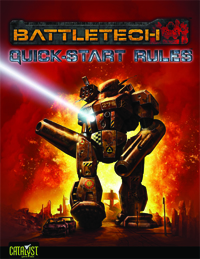 The Beginner Box and A Game of Armored Combat boxed sets contain the introductory rules for BattleTech.

The introductory rules use technology available in the year 3025, including most ’Mechs and weapons described in Technical Readout: Succession Wars. While the current “in-universe” time frame is set around 3150, the rules in the boxed sets apply to BattleTech before 3050, at which point a technological renaissance swept the universe; this keeps the rules easy to digest and use.

The A Game of Armored Combat box set is the best place to start when jumping into the BattleTech game and universe. It contains everything players need to start a game, including rules, record sheets, game boards, dice and more!

The rules presented in the BattleMech Manual and Total Warfare—and their companion construction rules volume, TechManual—are considered the standard rules of BattleTech. They expand on the rules in the box sets by adding various advanced technologies and, for Total Warfare, by adding additional rules for infantry, vehicles and so on, as described in many books in the Technical Readout series. They represent all tournament-appropriate rules; the “big” BattleTech tournaments run directly by Catalyst Game Labs at the Origins International Games Expo®, any Gen Con Game Fair® and many other conventions, as well as world-wide events run by Catalyst Demo Team members in various gaming stores, all use the rules presented in the BattleMech Manual and Total Warfare.

Beyond the standard rules is a legion of advanced rules found in Tactical Operations, Strategic Operations, and Interstellar Operations that allow players to expand their games in any direction they desire. Some of the most recently published Technical Readouts include some “advanced/ experimental” equipment. In an effort to bring these rules to players in their most usable form, the advanced rules are contained in the three core rulebooks mentioned above, each one building on the previous rules set. Additionally, each core rulebook focuses on a particular “in-universe” time frame that allows players to easily grasp where a given rulebook can plug into their existing game. 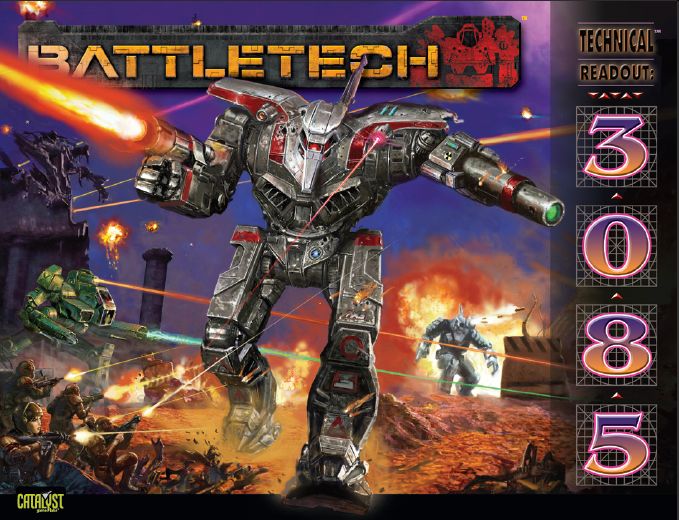 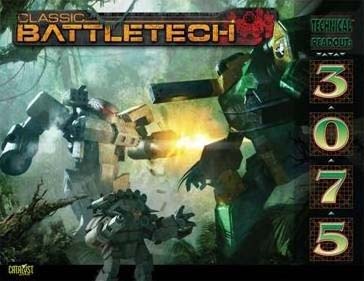 Because of the wide range of technology available in the different time periods of BattleTech (see BattleTech Eras tab at top), the construction rules define a “Rules Level” differently than described above. As such, some confusion may arise as players interact with how the rulebooks define a “rules level’ and how the various technology levels are defined “in universe”. This is particularly relevant as you look through the “Rules” pull-down under the Unit List search menu.

For example, according to the rulebooks, “artillery” is considered an “Advanced Rules” weapon. However, that definition has nothing to do with how ‘advanced’ the equipment is; it’s not advanced at all and is used in all eras of play. However, due to its relative complexity to use in a scenario and its inappropriateness for tournament play, it is not found in Total Warfare (the standard rules of play), but is instead found in Tactical Operations (one of the advanced rulebooks). As such, even if a weapon/equipment is “Advanced”, it is still “mass produced within the universe,” it’s simply separated into another rulebook.

By comparison, taking the Light Polarization Shield (a technology first developed centuries ago “in universe”; see the SPR-4F Spector), has an “Experimental” Rules Level. Note that there ‘is’ no Experimental Rules Level, as defined above; instead this is an in universe designation that it has yet to reach mass production because it is prohibitively expensive, extraordinarily sophisticated, exceedingly difficult to maintain or simply deemed too unreliable or restrictive for widespread development (in essence, such technology is only in prototype stage, or only exists in computer simulations). However, for the rulebooks, any “Experimental Rules” equipment is still just an advanced rule, found appropriately in an advanced rulebook.

“Primitive Rules” work in the exact same fashion as the Experimental Rules noted above. A unit designated in the MUL as “primitive” means it was produced “in universe” before manufacturing techniques were perfected, creating “modern” battlefield units. However, just like experimental equipment it’s still just considered an “advanced rule” unit.

Finally, certain pieces of technology may have their tech level change over time. The Silver Bullet Gauss rifle, for example, is first classified as an experimental piece of technology in 3051, though eventually becomes "tournament legal" by 3080. This means that units that might be considered experimental in one era could be easily produced in another.


HOW TO USE THE CORE RULEBOOKS

Most of the current award-winning BattleTech core rulebooks mentioned above take a “kitchen sink” approach, meaning they provide a vast smorgasbord of rules and options from which each player group gets to decide what they’ll use each time they play. However, even though each rulebook (and by extension, the rules it contains) has been made as easy as possible to plug into existing games, the sheer depth and scope can be intimidating.

The BattleMech Manual, a more recent release, is a product aimed more towards pure BattleMech play. This book streamlines the BattleTech experience by focusing on the most fearsome element of the game.

The following Primer is designed to quickly and easily walk you through everything the BattleTech game system has to offer and how each core rulebook can be of interest to your gaming group. (Much of this information is found in various sources, but is compiled here for ease of reference.)

The BattleTech universe is a living, vibrant entity that grows each year as more sourcebooks and fiction are published. A dynamic universe, its setting and characters evolve over time within a highly detailed continuity framework, bringing everything to life in a way a static game universe cannot match.

However, the same dynamic energy that makes BattleTech so compelling can also make it confusing, with so many sourcebooks published over the years. As people encounter BattleTech, get hooked and start to obtain sourcebooks, they need to know where a particular sourcebook is best used along the BattleTech timeline.

To help quickly and easily convey the timeline of the BattleTech universe—and to allow a player to easily “plug in” a given sourcebook—we’ve divided BattleTech into six major eras.

Sub-Eras: In an effort to keep the number of eras to a minimum, only seven era names/icons are used in print/PDF books. In reality, however, both the star League, Succession Wars and Dark Age cover hundreds of years, as opposed to the mere dozens or less covered by the Clan Invasion, Civil, War and Jihad eras. To provide a better way to sort units within a given time period, the Star League, Succession Wars, and Dark Age eras include Sub-Eras in the Era drop-down menu of the Unit search function.