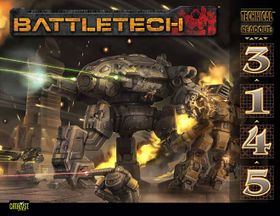 Go To Units Eve of Destruction

The great experiment that was the Republic of the Sphere has failed. Withdrawn behind the Fortress walls, the once-great power has become a silent, opaque remnant of its former glory. Without its influence, old hatreds have risen anew. As war once more rages across the Inner Sphere, new equipment strides across ancient battlefields. Technology, once stagnated by trade restrictions and peace treaties, now surges forward again, testing these new machines in the fierce crucible of war.

Technical Readout: 3145 introduces the latest wave of new battle armor, vehicle, 'Mech, and aerospace units appearing in the Republic Armed Forces and across the Inner Sphere in the Dark Age era. Featuring new equipment described in Era Report: 3145 and Field Manual: 3145, this book brings players an update on the advancing technologies used in the battlefields of the thirty-second century.